2 replies to this topic

New here, but been on expedition portal and figured I would come check out the scene over here and hopefully gain some insight from you guys.

A little backstory before getting into the build...

About this time two years ago, I was working offshore oil in equatorial guinea and dating a girl back in Montana. I took the job because the schedule was awesome, and it satisfied some pretty considerable wanderlust. Worked in oil for about a while and I ended up quitting the job for a combination of ethical and relational reasons. After that, I decided to go back to school and also happened to get married. The wanderlust is still present, and before getting married I would have bought an expedition motorcycle to quell those urges, but now a truck makes a lot more sense.

Like most everyone here, I went through the whole process of wanting to build a lightweight popup camper on the back of a toyota phase before realizing that one ton diesels are cool too. I even bought a couple of older pickups to try to start that process. While I still dig the idea of an ultralight camper on the back of a tacoma, the small size and low payload capacity make the idea less appealing for long term trips.

So the next step up is obviously a giant, loud, stinky one ton diesel. The build will be a stressed skin aluminum cabin with a pass through into a crew cab truck. This project will not only be a means of travel for my wife and I, but it is also going to be a bit of a design portfolio piece. The multidisciplinary design aspect of these builds is really interesting to me, and I hope that it pans out as well in reality as it does in my head. So I want to build this thing out and then drive it to Ushaia and back.

Also I am going to school for my Masters in Mechanical Engineering, so this will probably be a good topic of discussion for job interviews... */end justification.


I trolled the sale section here and bought a relatively clean 01 f350. I didn't want to break the bank on a newer model truck, and I wanted to avoid emissions stuff, so the 7.3 seems to be a good choice. It's loud and stinky, but it is a solid platform. 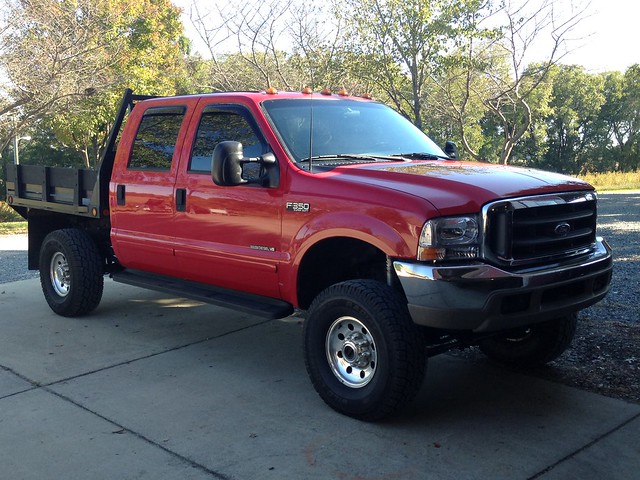 So I flew to North Carolina, picked this up and drove it back to Bozeman by way of Feltz tire in Wisconsin. 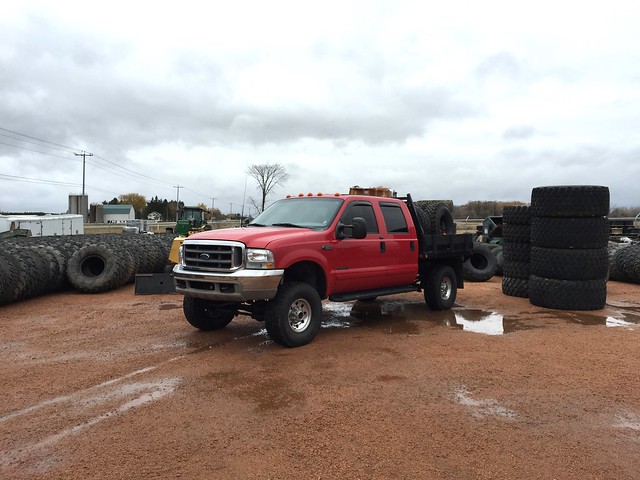 Picked up 5 HMMWV wheels and tires, and put in an order for some aluminum wheel adapters to mount them to the truck. I debated stepping up to 20" Ricksons and some MPT 81's, but couldn't justify the cost. At 200/wheel & tire in brand new shape (Takeoff spares), a set of 5 is cheaper than 2 MPT81s. 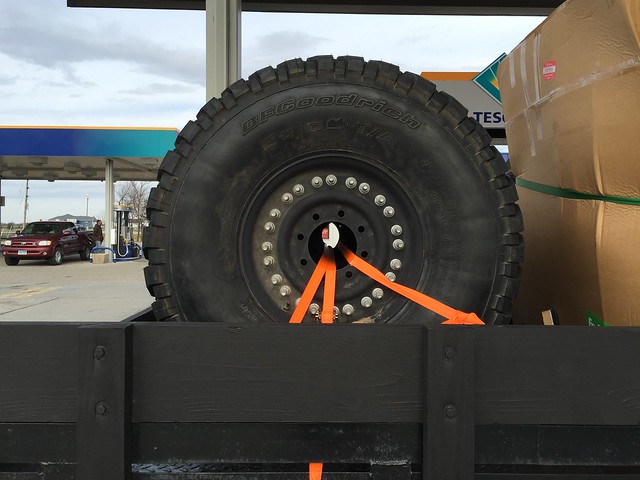 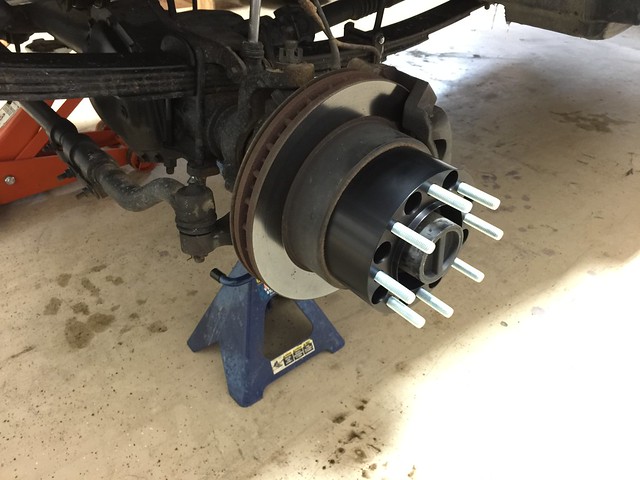 And the result is a pretty factory look with no rub at full lock... Which is good because the stock turning radius is terrible to begin with. 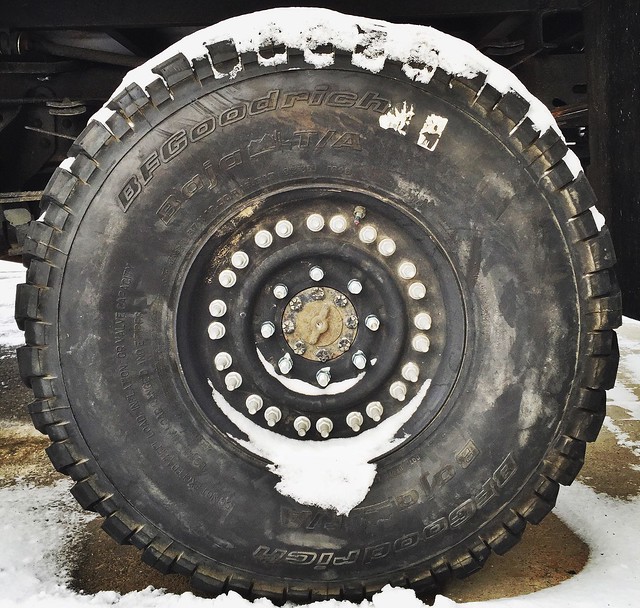 Truck is pretty tall, but I think to maintain good breakover angles, such a long truck needs a bit of height. It is definitely geared tall, so I think I gonna swap to factory 4.30 or 4.10 axles, and maybe throw a Dana 60 under the front while I'm at it. 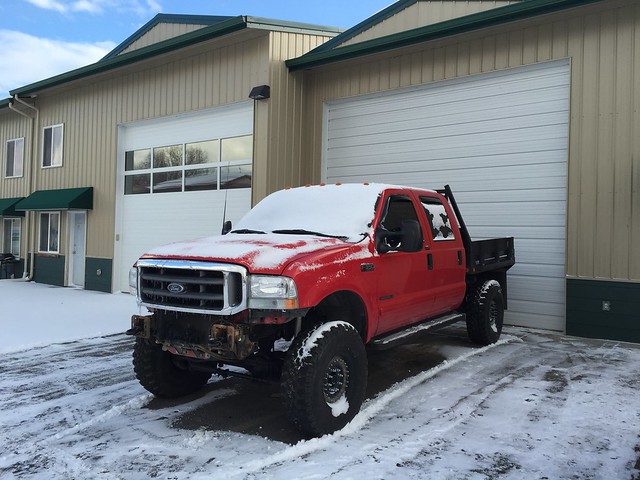 Next step is the flatbed delete and frame extension.

Also tagged with one or more of these keywords: Ford, Camper, Build, Custom, 7.3, Aluminum, Montana, Cabover