29 replies to this topic

Rather than add "discovery" items lower in this thread, I will edit them on to the "discovery" section above to save on thread length.

Our camper along the Blue Ridge Parkway near Shining Rock Wilderness: 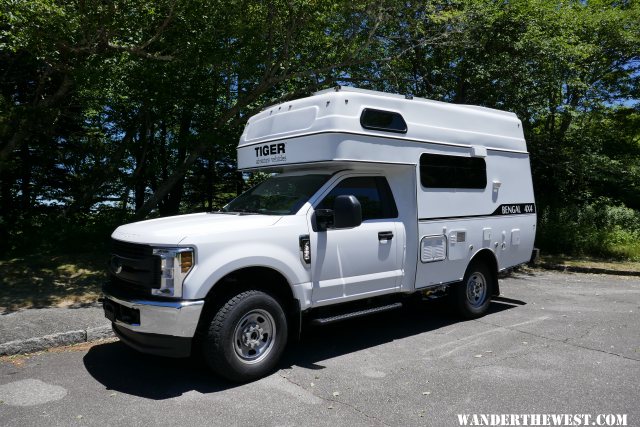 Camper interior rear view with the wet bath/toilet behind the mirror door. 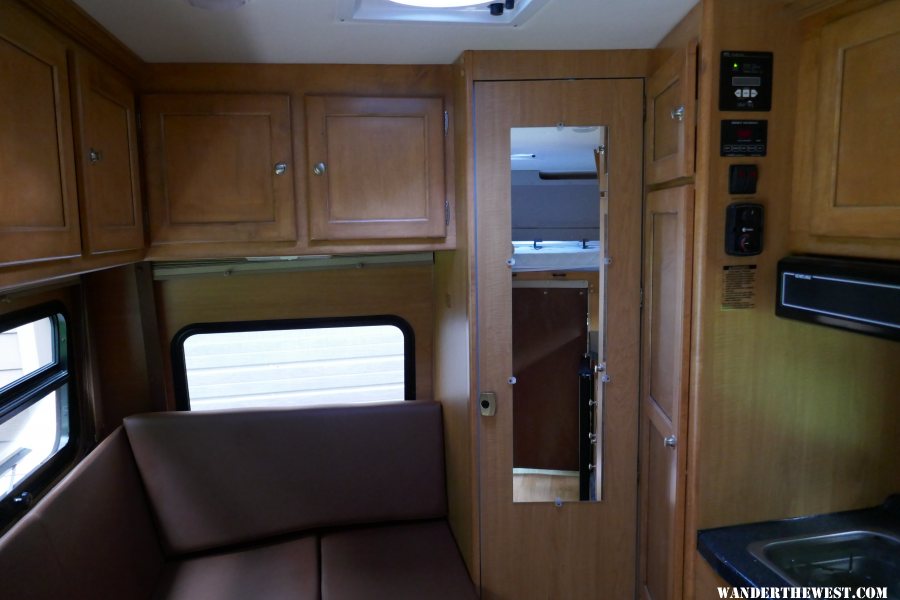 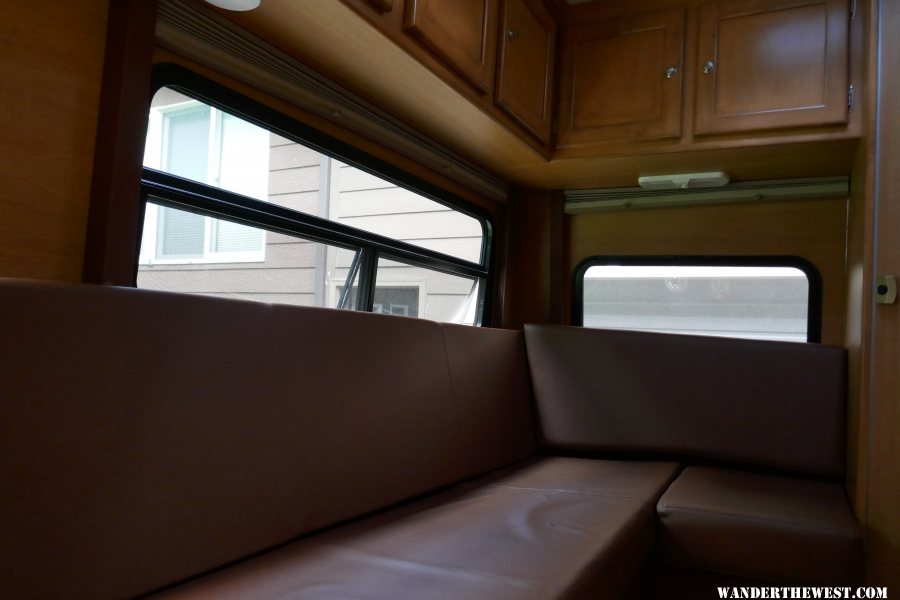 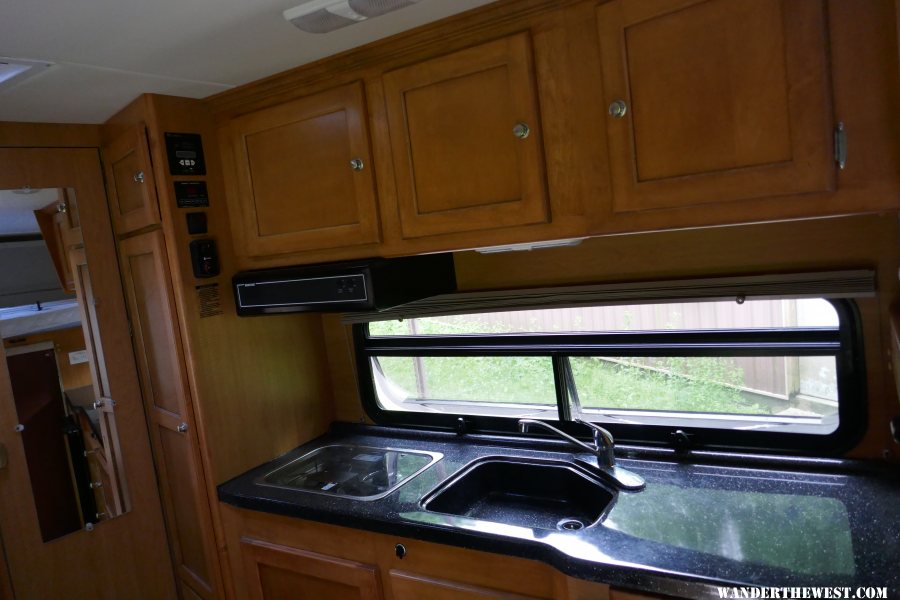 Kitchen lower view with refrig on the right: 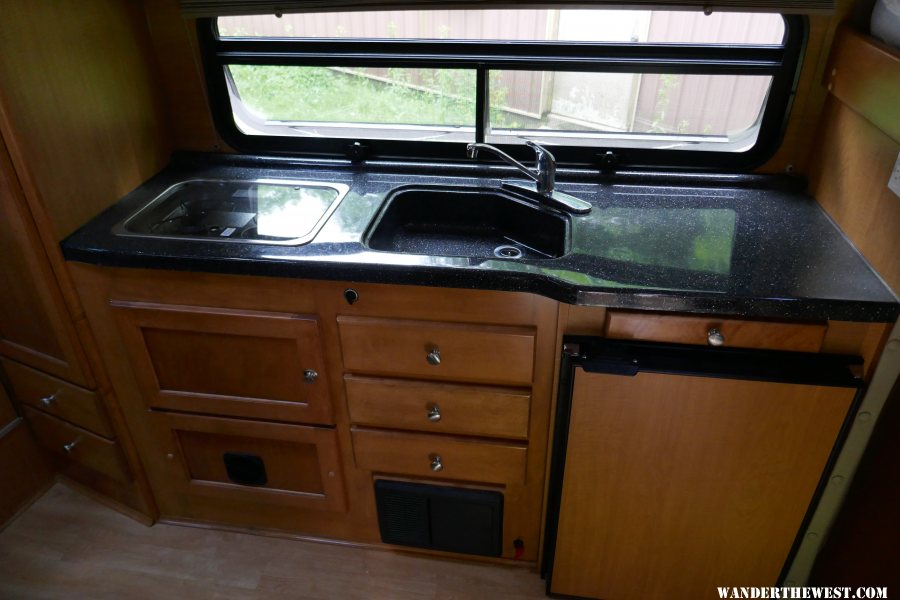 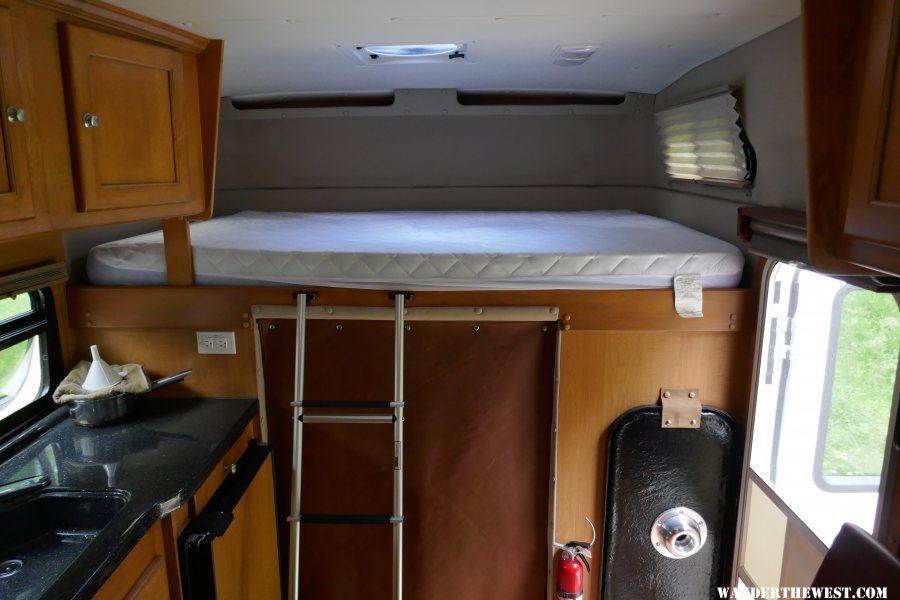 Cab-camper pass through with the curtain off: 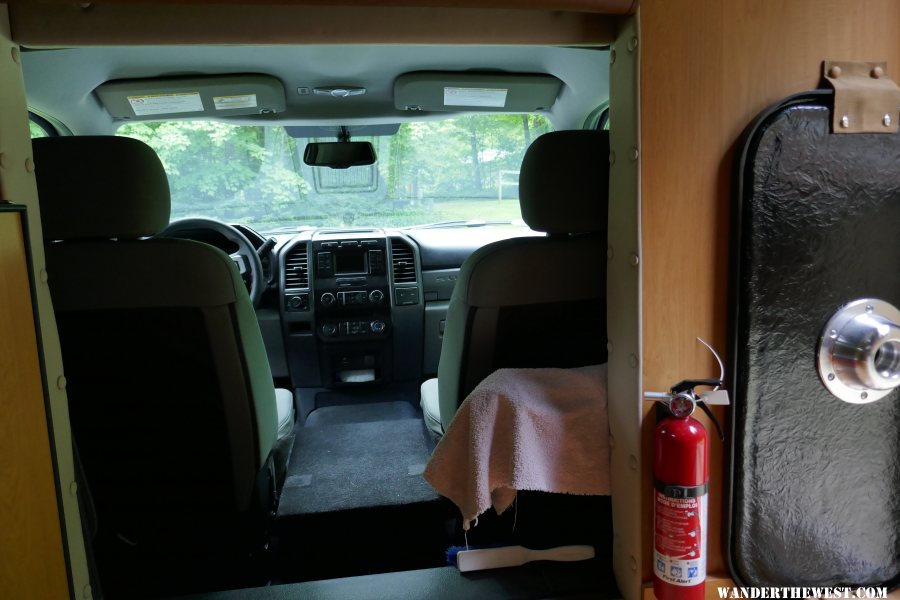 That is pretty darn nice! Thanks for the photos and have lots of fun.

Iowa - Very nice rig!  Thanks for the photos.  I hope it provides many years of adventure and is everything that you want it to be.

Thanks for posting this. I was not familiar with the Provan and it looks like something I might move to when I get a bit more elderly than I already am. I would have similar requirements as yours.

So from your research, is it the only RV that is built on a 1 ton truck and attached internally? Do they add a flatbed then attach to that? Do they use turnbuckles or something else? And what class RV is it?

Bill,  Our Bengal is a class C based on Iowa regulations because it is not on a van chassis.  Class A, B, and C are labeled "motorhome" which is a national label.  Iowa requires a van chassis for class B.  Class C is a camper attached to an OEM cab while class A has the camper manufacturer producing the cab.  Some Bengals are registered as class B in some states.

Provan welds a series of "box" steel members across the F-350 frame and attaches the camper to these steel cross members.  I do not know what the attachment  fastener is from the cross members to the camper but the cross members support the camper floor.  These welds void Ford's frame warranty but Provan does provide a warranty on the Ford frame as related to the welds.  I would not spend the "rent money" on any camper.  Provan has repaired frames but only in a few cases.

More than one company makes F-450 and F-550 class C campers but those cost more than $250,000 and are longer and taller than the Bengal.  At least two companies make a class C camper on a F-350 with soft walls or popup designs in the $150,000 range.  These lacked the black tank and the second bed (cassette toilets are very popular for "expedition campers" but we want a clean drop and flush into a dump station).

"Elderly":  I would not associate either a Granby or a Bengal with being "elderly" since both require a high degree of dexterity to use comfortably.  The Bengal has more room and so works better on long trips like ours.  The sound proofing and fixed roof are more expeditious but create height and weight issues.  A walk through class A would be a better choice for "more elderly"

We completed our second trip in the Bengal through Northern New Mexico and Southwest Colorado during July.

We have no issues since our two hour stop at the factory during our first trip for small fixes.

Our favorite new feature is the indoor shower which uses the hot water heater. The four gallon hot water heater is only used for showers with dish washing water heated on the stove. We use less than a gallon of water for dishes so why heat four gallons (or six gallons on other campers)? We do not heat the four gallons to "set point" (either 120 or 130 deg F depending on model) but instead do timed burns of 5 minutes on a hot day or 10 minutes on a cooler day based on experience. We then shower using only the hot water line. If you take a shower using more than the 4 gallon heater capacity then colder water will encourage finishing. So far, we use around 3 gallons total for our two showers including a second timed hot water heater burn between the two showers.

The battery/solar/alternator power system handles the 4.3 cubic foot refrig easily unless we are parked under full shade for more than two warm days. We used a cooler in the Granby and the refrig requires less effort but at a greater expense, i.e. ice cost less than the large power supply system used by the refrig.

The greater width of the Bengal compared to the Granby has not been an issue and we have passed through some very tight spots thanks to the short wheel base of the regular cab. The greater height of the Bengal, 10' versus 8', was not an issue in the western states because conifers grow up, not out. Driving the Blue Ridge Parkway on a rainy day was challenging at 10' tall since deciduous trees grow across the road.

We traversed the same forest roads in the Bengal as we would in the Granby in New Mexico and Colorado which are maintained dirt/gravel while avoiding high clearance/FWD roads of any significant length.

The Bengal is clearly quieter than the Granby and we were not disturbed by six generators running at the same time in the worst campground but none of the generators were in an adjacent camp site. A generator in an adjacent site still requires relocating to another camp site.

Our trip average fuel economy by the tank fills is 12 mpg and yes we miss the 15.6 mpg of the Granby. We rarely travel above 66 mph.

Is the Bengal worth the expense? No, but neither is a Granby flat bed or a front dinette or silver paint. Such choices are based on financial priorities (we heat our house of less than 1000 sq ft only with wood for decades). The Granby mounted on a heavy duty half ton work truck traveled across the continent constantly for 115,000 miles and over 900 nights without a refrig or roof lifting struts or a water system. Every option beyond the basic rig is "not worth the expense" in my opinion.

Meanwhile, the Bengal camper is a very nice one-of-kind rig which we would buy again.

Would you comment on how you like the Tiger seating arrangement ?  - one thing we imagine liking in a "next rig" is a dinette, with a "fixed" table for tasks and enough seat width for lounging. But that might just be longing... We have a L shape bench now with a portable table.

I'm thinking the water tank is under the Tiger side bench so alterations are not feasible.

klahanie, The couch is L shaped down the passenger side and half way across the rear with the water tank under a lot of the couch.  The best seat in the "house" is reclining in the rear corner of the couch which is VERY comfortable.  The table leg is under the couch and the table top is in the pictures attached to the wall behind the cab next to the camper door.  The table leg screws into a metal base permanently fixed to the floor centered on the rear "L" section, i.e. rear of center of the couch.  The table top slides down on to the table leg.  Both attachments (leg-to-floor and top-to-leg) have "locks" which must be pushed to remove the table.  The table is described as a "marine" design.  Top speed rating for the erect table is 5 mph.  One or two people could use the table while another sat forward of the table on the door end of the couch.  Using a table in the Granby was tight and we erect the table in the Bengal more frequently but only for playing games (Ticket to Ride).  We eat using "backpacking" style bowls and plates.   We would rate the Bengal couch as being more comfortable seating than the Granby couch.  The Granby couch is easier to convert to a bed because the Bengal couch is larger/heavier and uses a "scissor" style mechanism.

A "U" shaped bench seat could cover the couch area with a seat back at the rear.  Adding the front seat back near the door would encroach on the "living space".   I have never seen a picture of a Bengal with a side dinette but there is a lot of space to work with.  A different water tank shape (taller and concentrated in the rear) would provide more "ergonomic" space for a side dinette. 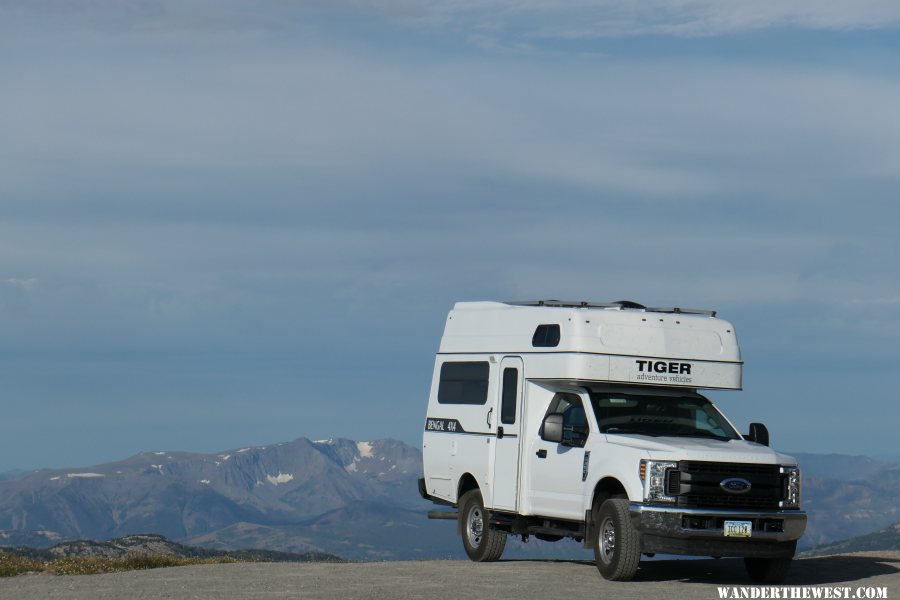 Would be great if we could get just one more of those "best seat in the house"...Though looking at it, and all that space to work with, I'm imagining foot stool or similar for the seat nearest the door. At any rate, haven't quite sold the Mrs on the Provan yet, and still saving...

Glad you are enjoying yours. And good for you guys for making that big step.