Next I removed sealant that would interfere with paint. Scuffed the bare metal on the body and the roof trim. Then I scuffed the paint on the roof, top of the camper body trim, propane box door and a scrap piece of the roof .

I made a "paint booth" in my garage to keep the over spray contained. I would have rather painted outside but it was too cold and the garage has heat. 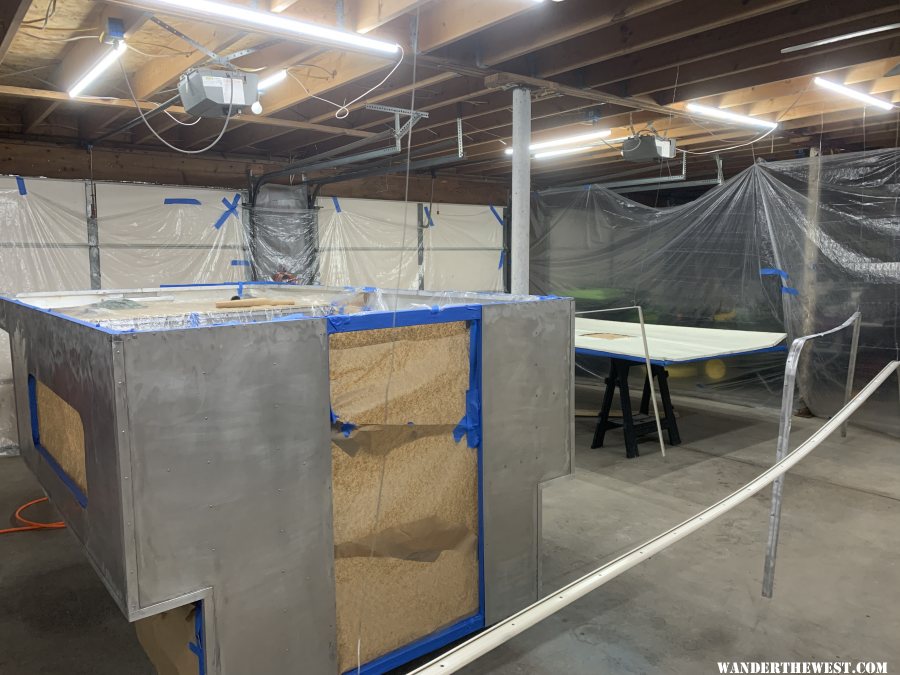 The primer and top coat was sprayed on using a paint gun. I used Rust-Oleum metal primer.

Then I ran into a problem when I was about to put the top coat on. The primer was peeling off in a few spots. I  think I did not clean the metal good enough and the paint did not stick. THe primer was sanded off and I resprayed the areas that were messed up. 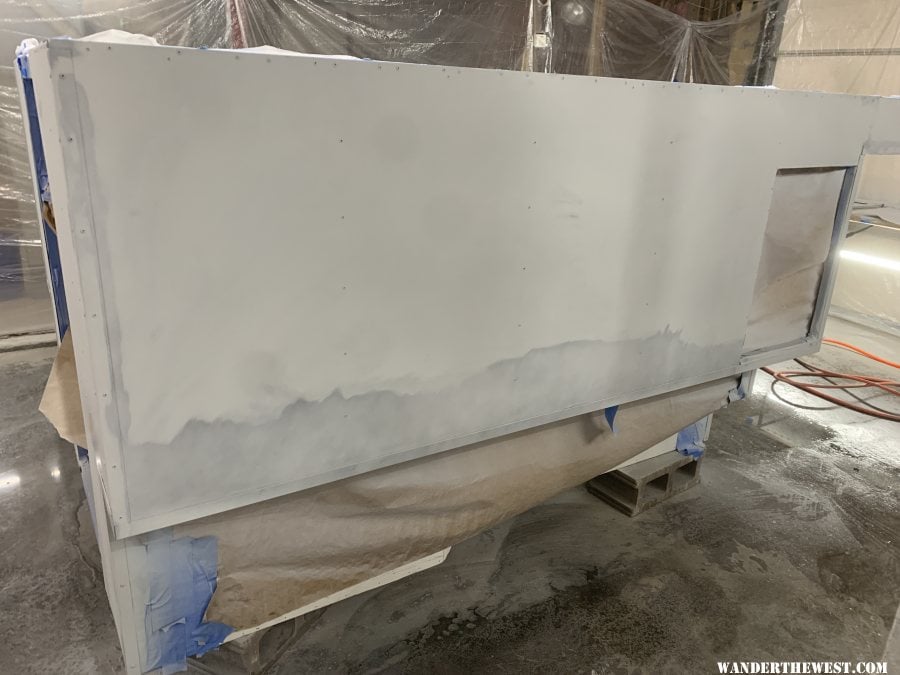 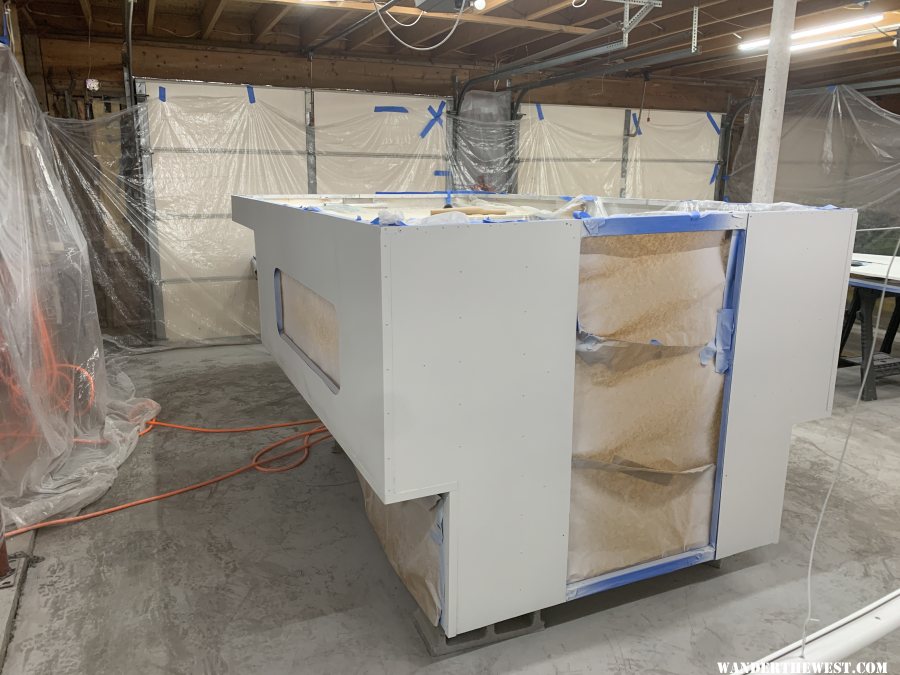 For the topcoat I used Rust-Oleum Gloss White. 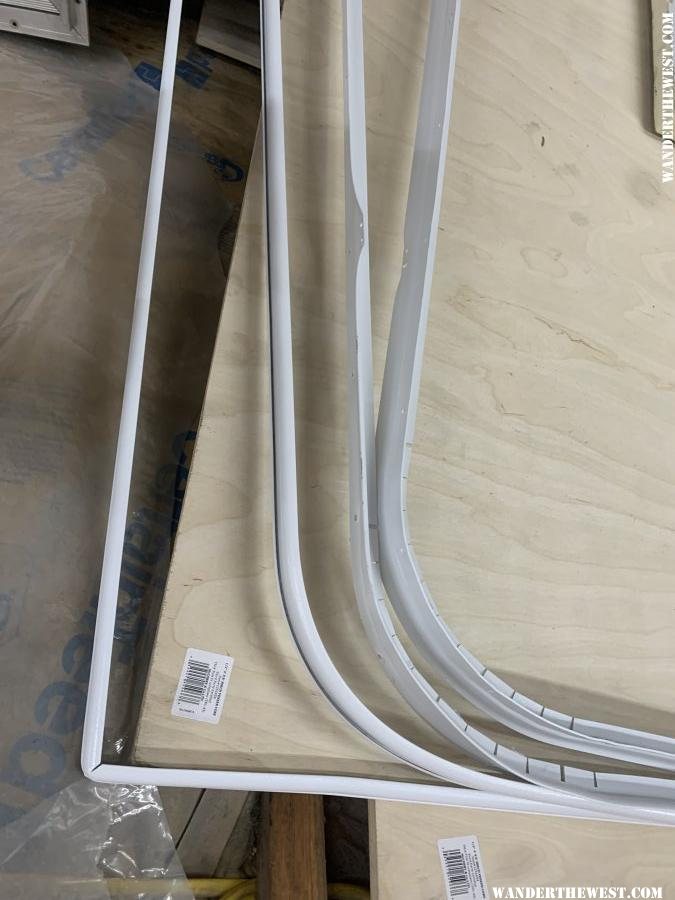 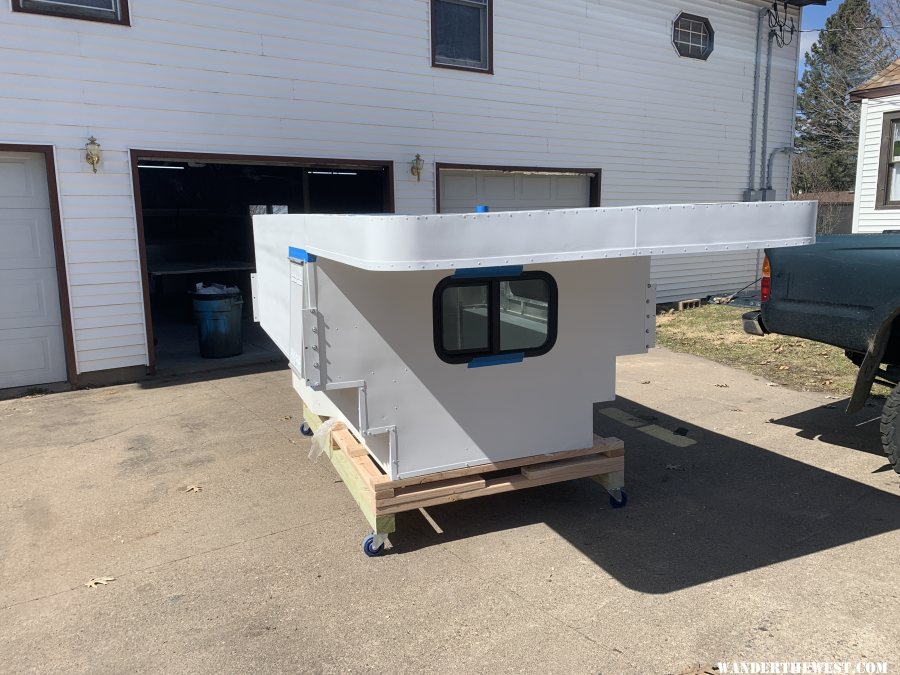 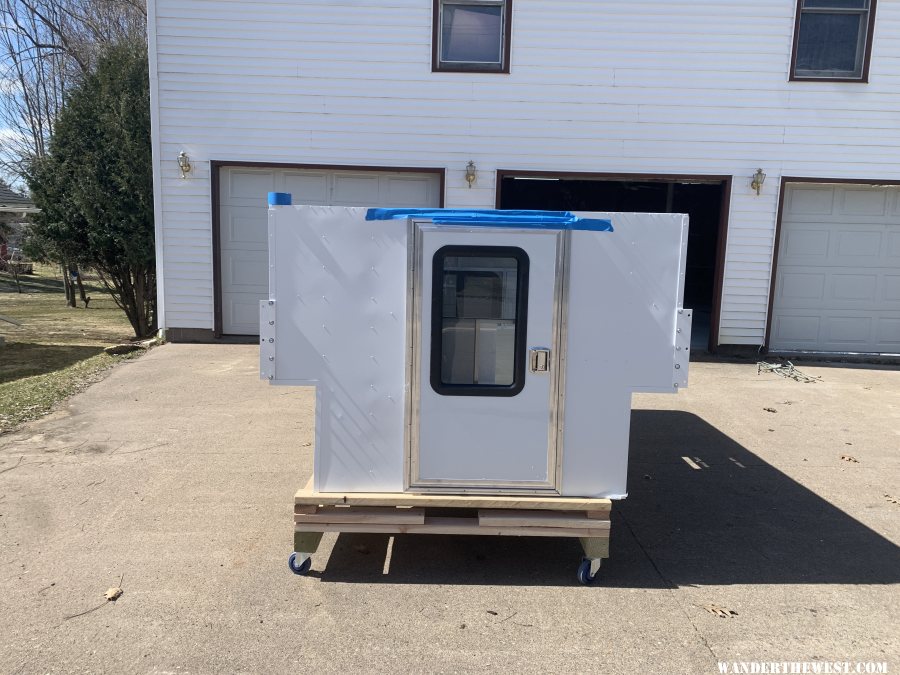 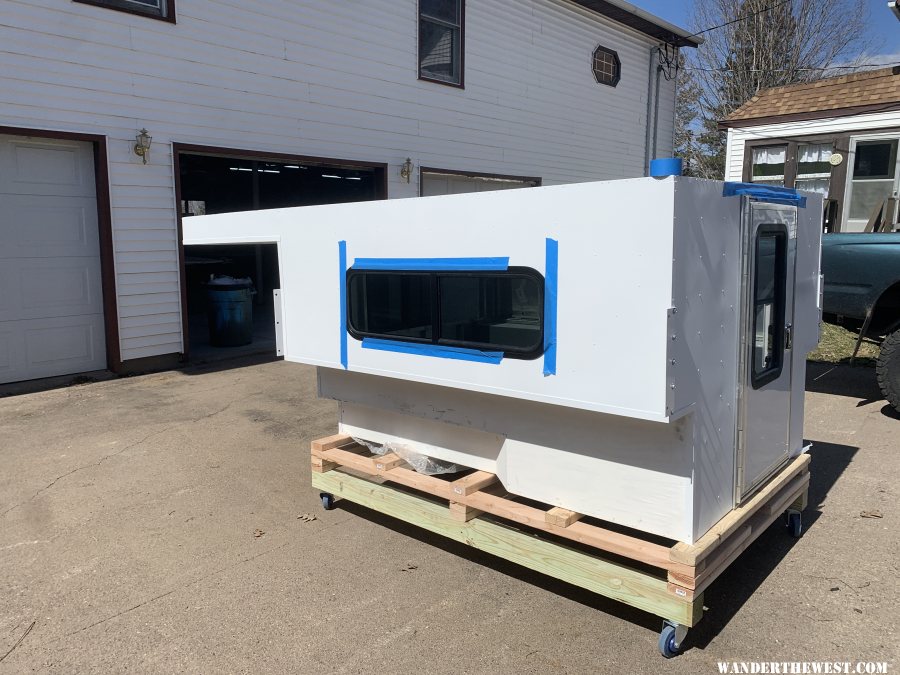 Getting the camper into the daylight instead of looking at it in the garage was a good feeling.

I saw this dolly on another thread https://www.wanderth...-build-a-dolly/. The dolly was created by rich.

I modified that design for my camper since it is smaller. 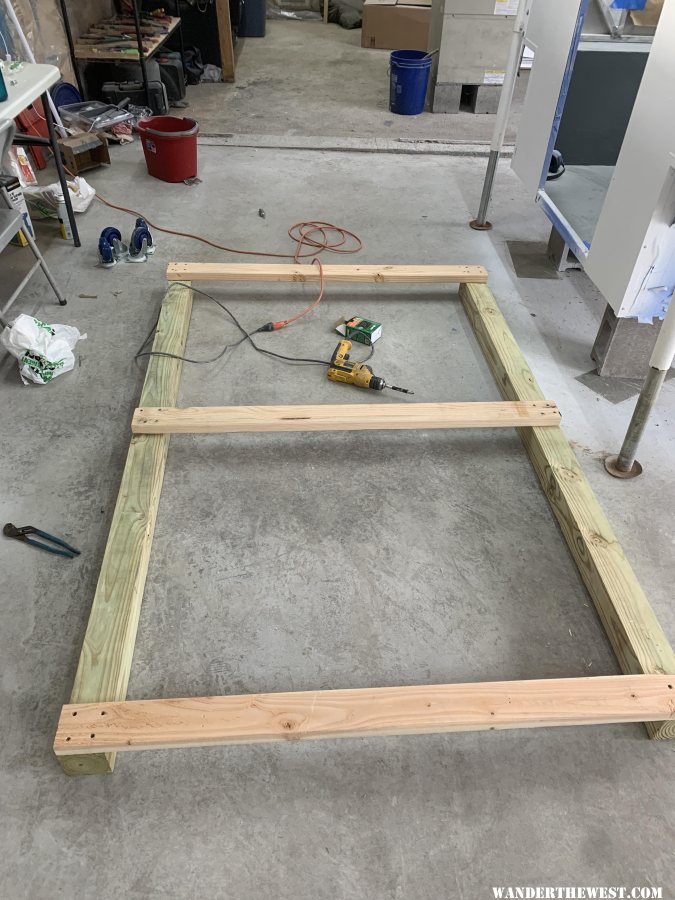 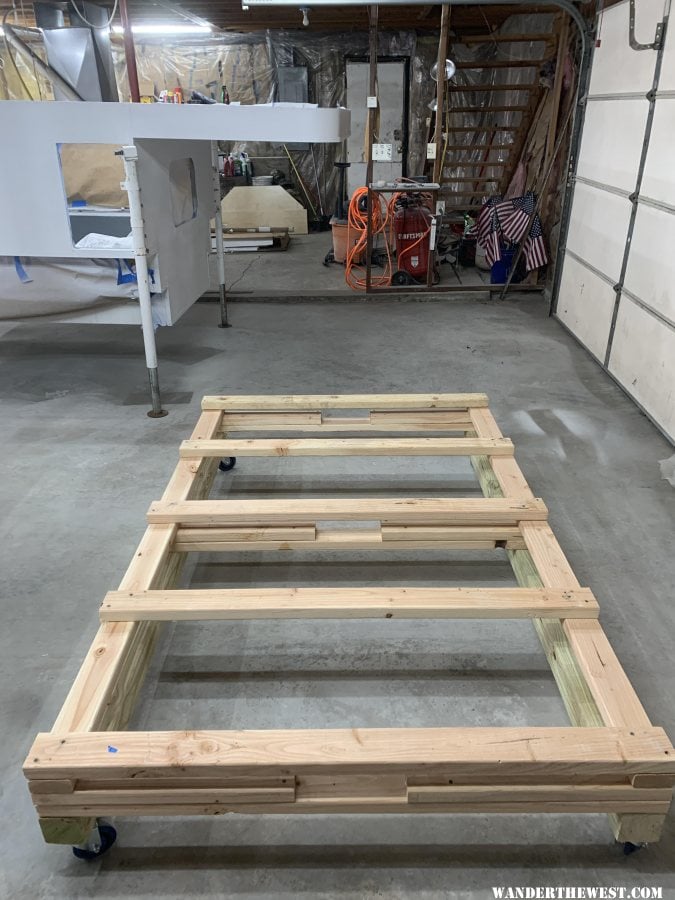 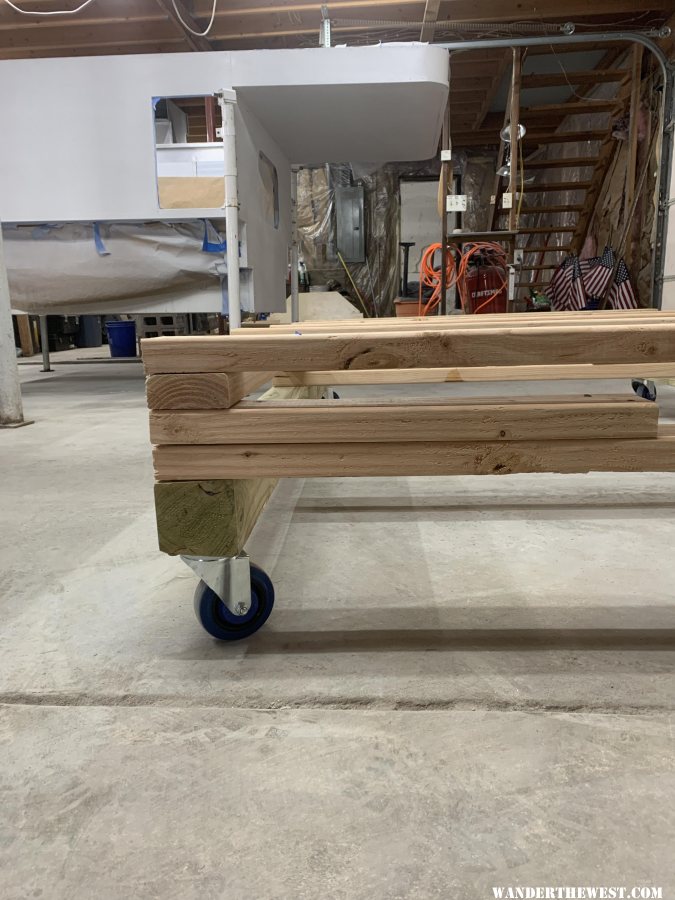 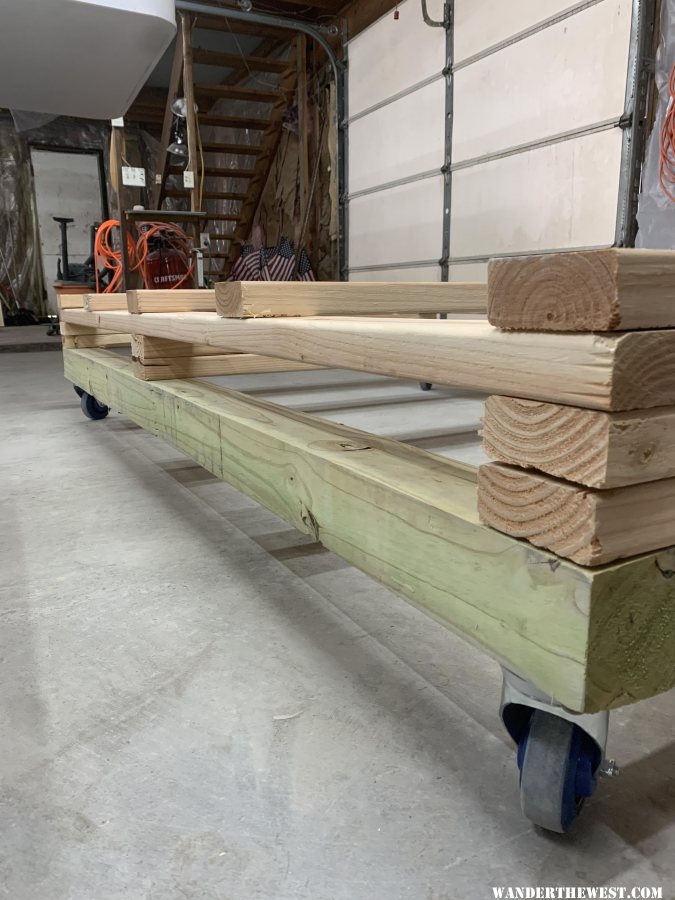 The dolly is probably over engineered but there is a significant lip that I need to roll over to get the camper out of the garage, also I need to make sure the floor pack is supported for when I start working on the the interior.