Side mount a fly-rod case on a Four Wheel Camper?

larryqp, Thanks for the square tubing solution. Yes, rods are bit more; some more than others.

Larryqp - can we see close-up of how you mounted the case to the camper.  It looks like you attached brackets to the camper?  Looks great.

2012 Fleet, without truck, my wonderful 2006 Tundra totaled, in search of new truck

formally know as DonC before all my accounts were hacked

looking for ideas for my Switch Rod Fly Rod(11'6")

The rod holder is demounted and in my shed. I'll drag it out later, take some more pics and post some detailed photos. My holder has two 5 foot lengths of PVC pipe. As far the switch rod goes, I don't see any reason you couldn't make it with two 6 foot lengths of PVC, you would have waste but 10 ft lengths of PVC is not that expensive.

looking for ideas for my Switch Rod Fly Rod(11'6")

Because of the position of the reel seat, you’re going to need a longer box at the butt end, but some Schedule 40 PVC will do the job.  Have a good rod sock to protect the guides.

Looking forward to seeing more pics, larryqp!  Really need this set-up as last year I tried an easy solution with the rod in the back seat and the tip out the front window for a short drive.  It worked fine until rising fish distracted me and I closed the rod tip in the window!  I always bring an extra rod for mishaps, but was the first time I used it. 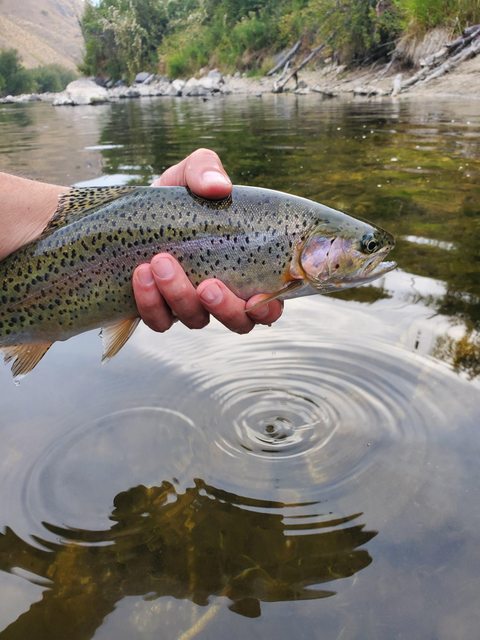 larryqp, Thanks for the square tubing solution. Yes, rods are bit more; some more than others.

fishing place to another see if what I made will work for you.

It's in the thread that longhorn posted.

It's a photo of my Bobcat with the holder on the drivers side. 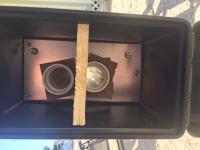 This is on it's side and would be vertical when mounted

Photos aren't great, so I'll add some narrative. I cut a piece of aluminum plate to fit inside the plastic ammo box to add strength then thru bolted the box to the 1" aluminum square tubes. The funky wooded pieces are temporary fillers so I could tighten the PVC connectors onto the PVC threaded piece coming thru the box. Just haven't gotten around to replacing them yet. The were needed so I could get the PVC connector nice and tight 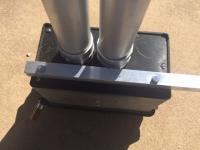 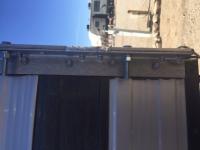 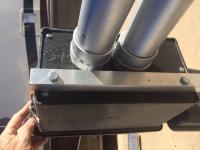 I decided not to use threaded connectors to connect the two 5ft section of PVC to ease dismantling. I just drilled a couple of pilot holes and screws sheet metal screws to secure the push on PVC connectors. 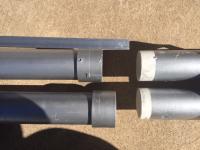 I used it all summer in Colorado driving on some pretty nasty roads. It held up well no signs of wear or discoloration on the rod or reel.

The tubes are lined with foam pipe insulation and I placed a wooden shelve in the box so that the reels lie flat on the shelf. This does serves two purposes. The reels aren't swinging back and forth plus I can carry both my 5 wt and 8wt rods and reels and reels fully assembled. I did need to notch the foam a little at the box end to allow for the larger line guide need the reel end of the rod.

There is a padlock on the box but I wouldn't leave my rods in the holder overnight in a motel, but for a quick run in to a store, bar for a beer or camping I feel safe. also I like the fact that even when I'm camped next to the river, the holder is a safe place to store the rod in camp and not step on it or slam a door on it.

Thanks! This is really cool. I will definitely copy your idea. I appreciate the time you took to take the pictures.

The pics HELP a lot.... THANKS! Now I have a project after I can locate the parts

Would love to see it up close and personal.

Also tagged with one or more of these keywords: Four Wheel Camper, Fly Rod Mount to side