55 replies to this topic 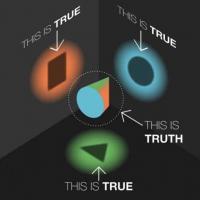 I'm not against subsidizing new technology but it seems that the technologies our government subsidizes is mostly a way to funnel money to their friends and supporters.

I have not seen a good plan on how we are going to power all these electric vehicles that are going to be running around.

- wind turbines have serious environmental effects that are not being discussed.

- nuclear has a 10+ year lead time and a lot of resistance.

- natural gas fired plants are doable in a couple but also have a lot of resistance.

- our electric grid is 70+ years old and is not being updated very fast.

i don't expect to have an electric vehicle in my lifetime.

- I cannot afford another vehicle.

- I probably won't be overlanding long enough for used EVs to be affordable.

Agree completely. To call the EV industry out for subsidies while completely ignoring the long history and continued subsidies to the petroleum and standard vehicle industry just doesn't make sense.

As a practicing CPA and a one time mineral exploration geologist, I see lots of debates concerning Federal subsidies, particularly concerning the oil and gas business. What I see most often is a misuse of the term "subsidy".  Most debaters refer to the O&G business as recipients of "billions of dollars of subsidies" when in fact they are referring to the fact that O&G businesses claim billions of dollars in deductions for the expenses incurred in the exploration for, production of, and refining of their products.  To the greatest extent, these deductions are ordinary in every sense--just like my little CPA firm deducts office rent, payroll, payroll taxes, housekeeping services for cleaning the office, and the costs of our computers and software, and just like my plumbing contractor client deducts his payroll, tools, vehicles, and office rent on his sole proprietorship Schedule C. Our deductions are not subsidies in any sense, and I would argue that O&G companies also benefit primarily from simple deductions rather than subsidies.

By contrast, the $7,500 tax credit for purchasing hybrid automobiles, the 30% of cost tax credit for purchasing home solar equipment, and the loan guarantees obtained by companies like Solyndra are actually subsidies--they are direct payments by the government to purchasers of certain favored products which is a clear inducement for consumers to purchase the products, and the loan guarantees are the principal manners by which otherwise shaky industries which are poor credit risks can obtain credit in the regular capital markets, so when the guarantees are paid, they're subsidies, too.

I've opined for much of my 36 years in practice that large scale tax code simplification will never happen for one principal reason: As important as the Code is in terms of collecting revenue, it provides an equally important power for the government to exercise economic and social engineering.  I can't envision either the Federal or state government giving up that power.

So, in discussions about the various merits and demerits of developing technologies, it's helpful to properly distinguish between real subsidies and simple tax deductions for ordinary and necessary business expenses.  All businesses get the latter, and the chosen few get the former.

I am certainly not a CPA, and I can't really claim to be knowledgable enough to discuss current incentives, subsidies and tax breaks.   I do agree that the difference between tax credits, generally applicable tax deductions and industry specific tax deductions is very murky, and is way beyond what I care to invest in researching tax codes.

My previous point was that over the past century both the automotive industry and fossil fuel industry have been recipients of government largess through credits, tax breaks, loans etc which makes determining a level playing field very, very difficult.  It does seem that the tide is turning for this government largess (at least in the US and Europe),  but I don't think we can ignore the history here.

Without having to go back too far ,and just considering the US, we can see TARP provided ~$80 Billion in loans to the automotive industry in 2008 at an eventual cost of $11B to the taxpayers.    The coal industry has received about $1.5B in credits for coal gasification, and the non-conventional fuels tax credit provided  $10's of billions in credits to incentivize 'new' domestic gas production techniques like fracking and coal seam methane in the 70s - 10's.   This is just what I am aware of in the recent past in the US, I am sure this is the tip of the iceberg, particularly when you consider other countries, that are still providing billions in direct subsidies to global oil and gas companies.

I am happy to concentrate on the pros and cons of different technologies on a fair and level playing field.

The simple fact is the electric vehicle industry is being subsidized by our taxpayer money that can be measured in not just hundreds-of-millions, but billions of dollars. The well has already been poisoned and it will never be a fair and level playing field since the advanced technologies being developed will continue to benefit those same companies for an indefinite amount of time. Any fair discussion must include these details.

And this is not an opinion - these are facts.

I’m truly interested in learning more. However just saying “these are the facts” does not make it so. Links to legitimate research would be most helpful.

This thread got serious quickly with good important points, so not to down play but, recently saw this dream from Tesla!

What a hoot!... Makes me go back in time to elementary school when we got the "Weekly Reader" magazine... "by 1985 we well be zooming our way to work in flying cars!" That baby would cost as much as a house! But it sure looks like fun.

I took advantage of the tax breaks and bought an EV.  I have now driven a Tesla model 3 long range for over two years.  I have owned 7 pickups, 11 RV’s, 7 vans, 3 sports cars, 2 SUVs, 17 other gas cars so have some diverse experience.  The Tesla is clearly the fastest car I have ever owned with low end torque off the charts.  It is absolutely quiet.  With the low center of gravity it corners very similar to a true sports car.  The first maintenance will be at over 120,000 miles except for tire rotation and wind shield wipers and washer fluid.  Rarely use the brakes because of regenerative braking so expect brakes to last about that mileage also.  The front of the car is wide open for extra locked storage because of no engine there.  Costs me a little over $15.00 a month for home electricity and a little more for occasional recharges on the road for longer trips.  It is the first car that I have owned where I can say in over 80,000 miles the only maintenance work has been to rotate tires and fill the washer fluid -not a single repair or warranty fix needed nor any of the other expensive work that I have always had to do by this point.  Tesla rental cars in a LA rental fleet are regularly running over 500,000 miles and still dependable.  I would love to have these benefits in my truck which sure do not exist in any ICE truck as well as the big EV battery to power the entire camper and get rid of propane, extra gas, camper batteries and solar panels entirely (and all of the weight and cost they add).  I don’t cold camp or tow when camping so the only problem for me is the range, although I carry extra gas now because I don’t have the range in my existing truck.  The Tesla safe range for my model 3 is about 300 miles-supposed to have max of 329 miles.  If the camper was totally electric a EV truck battery would need more capacity than the model 3 battery and I would still, probably for a few trips need to carry a generator and gas for it because solar just does not cut it for charging a big capacity battery and charging stations are not located close to where I often take the truck camper.  But if a well made truck like my Tesla hits the market with a 750 to 800 mile range with even a close competitive price my camper would be on it and I would be all in.

There are several Teslas in my home area.

I haven't gotten to talk to any though.

Thanks for the info.