ATVs in Canyonlands and other Utah National Parks


9 replies to this topic

It appears that the acting regional director of the NPS has unilaterally decided to allow 'street legal' ATVs and UTVs on all roads open to motor vehicles in Utah's National parks:

This would allow plated ATVs on routes such as the White Rim, Elephant hill and the Needles, the Maze etc.    As plated ATVs have been allowed for on road use (outside national parks) in Utah for some time now, this may not seem to be that big a deal.  However it is worrying for several reasons:

1. There was no public input, environmental or user impact review of this - it was pushed by some Utah politicians and then unilaterally implemented by the regional director.  This is not how things are supposed to work on OUR public lands.

2. My experience has been that ATVs and UTVs cause a significantly higher amount or resource damage than standard 4WD vehicles.   I am not entirely sure why this is, but my theory is that these are viewed as toys (and the marketing seems to confirm this) and folks buy these specifically to 'play' meaning they drive them way faster than they would drive their F150 and think much less about driving one up on that outcrop that is 'near' the trail to get a better view, or heading up that wash to see where it goes.   It is even worse with the rental ATVs, who seem to have no concept of acceptable behavior on these vehicles.

I hope maybe somebody had e-bikes in mind for that regulation? Probably not. Unfortunately without a lot of enforcement (and you know that budget isn't being increased) I think your thoughts are likely correct.

This is a different issue and order from e-bikes. This is specific to the National Parks in Utah and will allow pretty much all ATVs, UTVs and other Off-road motorized vehicles on all park roads. There was no prior public notice as required in Title 36 of the Code of Federal Regulations. For these parks, which are already overcrowded, this a disaster in the making. Blame for this goes to Chip Jenkins, the acting Regional Director, and the Utah congressional delegation which pressed the NPS on this for years. The 2008 Utah State Law allowed these Off-road vehicles on all sate and county roads but these park roads are neither. All of this stems from the current leadership at the Department of Interior.

An old fashioned letter writing campaign has been called for.

Mr Jenkins can be reached here:

Just curious but what sort of vehicles are these quads licensed as in UT? Here in MO they are considered motorcycles and can be used anywhere a 'street legal' motorcycle can be ridden. I'm not sure if they need to acquire DOT certified headlights, brake lights, or mufflers but if the feds looked into it they probably would have to since the DOT has jurisdiction nationwide over that sort of stuff and emissions regs. The reason I'm asking is because if they are 'motorcycles' why would they need hearings and public input to be allowed to use the roads other motorcycles can already use?

In Utah ATVs can be registered as 'street legal' if they meet certain requirements, but they are not 'highway legal' in that they are not legal to drive on higher speed highways or to drive in other states.  The rule in National Parks used to be that vehicles had to be 'licensed for interstate travel' - ie they have to be licensed to travel in all states which meant that ATV/UTVs were not allowed.

Besides the societal issues with 'toys' in the National Parks, the other issue is that ATVs/UTVs don't meet federal emissions and noise standards.   This was a huge issue with snow mobiles in Yellow stone: 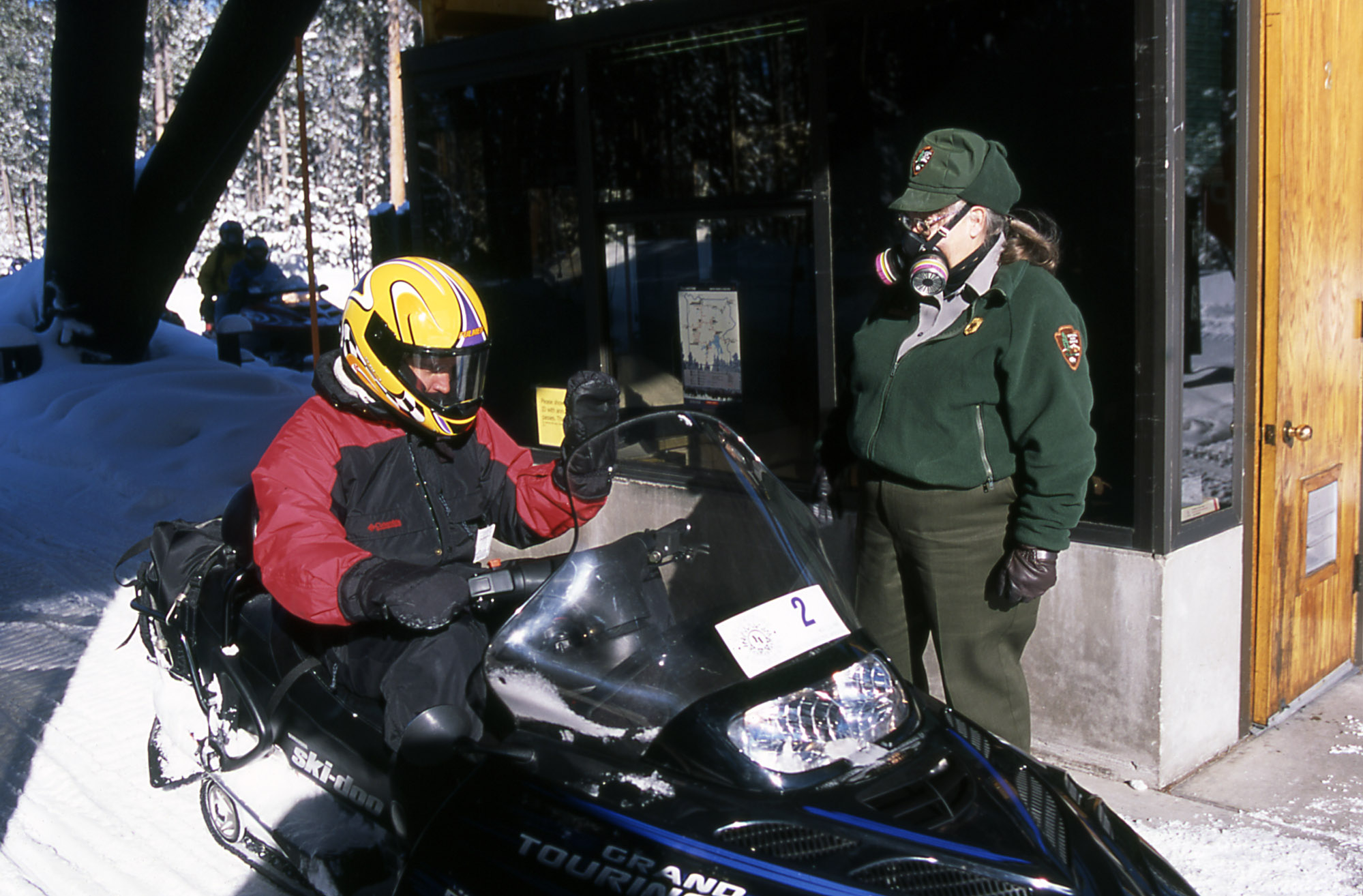 Is this anything different then what Death Valley has:

I have never seen a licensed ATV in Cal. even an out of state plat.

I am not exactly sure what brought about this change of heart, but I will take it!

I am not exactly sure what brought about this change of heart, but I will take it!

Me too. Thanks for keeping us updated.

2003 Ford Ranger FX4 Level II 2013 ATC Bobcat SE "And in the end, it's not the years in your life that count. It's the life in your years."- Abraham Lincoln<p>http://ski3pin.blogspot.com/
Back to Advocacy & Stewardship