14 replies to this topic

Since the subject of NATO fuel cans has popped up here several times recently, I thought I would link to an article I just published. There are more and more Chinese-made copies of NATO cans appearing on the market, outwardly similar but not even close in quality to the European models. Often they're not even priced much below the real thing. Make sure you're getting the correct item.

The article is here. 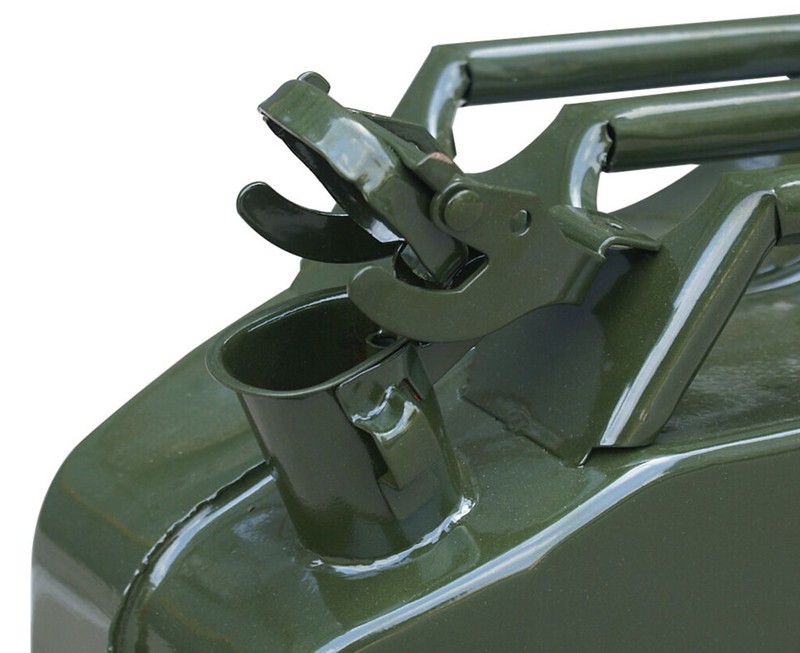 Jonathan, thank you for the heads up.

On our last trip to Namibia we had to each carry an additional 6 Jerry cans of diesel fuel on our 79 series in order to cross the “Forbidden Zone” portion of the Namib desert.

On the first night camping in the desert I noticed a leak from one of the tanks so as soon as I was able to I transferred the diesel into the main tank. The rest of the tanks were unaffected for the duration of the expedition.

Upon returning to Bushlore where we rented the LC I told the guy what happened and he took the tank off the truck and immediately he pointed out the differences to the rest of the tanks...As you said, Chinese knock-offs. He threw it in the garbage.

Thanks for posting that here, Jonathan. Very informative.

Translation = "Be cautious of fake army fluid cans" and "especially the Chinese made ones"  Never thought my German would come in handy on the WtW forums!

Awesome. I need to add that to the article!

In the first years of WWII, the British Army method of shipping gasoline involved thin tinned steel cans cased in wooden boxes.  During transport the crates got loaded up with sand and fine gravel and the thin cans developed leaks. They were derisively called "flimsies".

As the war in North Africa raced back and forth along the coast time and again, the British began to capture large numbers of the German 20 liter fuel cans.  So superior were the German fuel cans the Brits began to copy them.  The British referred to them with reference to their German origins, Jerry cans, as the Germans were referred to as Jerries.

When the SAS transport morphed to overland insertion rather than parachute drops (the first few missions of which were inserted hundreds of miles behind enemy lines by the Long Range Desert Group in their highly modified 1-ton Chevy 2WD pickups), they adopted newly supplied US Jeeps festooned with jerrycans laid flat on the hood and in other orientations all over the vehicles.