The truck that the camper is currently sitting on could also be worked into a deal if a party is interested. It’s a 2006 Nissan Frontier V6 4x4 with 134k miles that has a 2inch lift from brand new Heavy Duty Old Man Emu shocks, struts, rear struts, and rear leaf springs installed. It is the truck we used when we took the Eagle out west for about a month.

I am going to use this section to describe the camper in a bit more detail. First, we are selling the camper because we enjoy restoring campers or building new ones and taking them on a trip and then doing it all over again. Last year we bought a Factory sprinter van and turned it into a camper and sold it when we got back from California. This year we bought this 2008 Eagle Shell from a woman in Canada in May of this year. We then spent from June 28th – July 26th on a camping trip to the Pacific Northwest and are now selling it to start our next project, (an Airstream sovereign).

The woman we bought the camper from had used it to hike all 46 Adirondacks but hadn’t taken the camper out of storage for the last 2 years. When we received the camper, the glue holding the linoleum flooring down was no longer holding sections of the floor down. There were significant scuffs and scratches to the interior walls of the camper and the cushions were in rough shape. All that to say the canvas top looks great and the exterior was in good shape albeit not perfect. There is a scrape on the driver side of the exterior siding, and some scratches in the wood that sits in the truck bed.

When we got the camper home, we ripped out the floors and took down some interiors walls to run wires, install new floors and build out the camper the way we wanted it. We installed two dc outlets in the camper (3 if you include the Dometic plug). We have no inverter but didn’t need it as we just used the DC outlets to charge our phones, iPad, and kindles. We bought a small little DeWalt inverter that plugs into a DC outlet but never ended up using it. We replaced the couch supports with thicker pine wood and stained all the interior wood we used with Minwax colored stain. While we attempted to clean or cover all existing interior scratches/scuffs there are still some visible.

This build process would have added some weight to the camper. We haven’t weighed the camper but from factory it was 550 and our current estimate is that we added about 300-350lbs of weight to it from our build out. I don’t know if the factory weight included the 4 jacks or not but when we went out west, we just took them off. Our current estimate breaks down like such (we are overestimating on weight):

As stated above we took this camper out west for about a month using a 2006 Nissan frontier. The frontier had no issues with the camper. We would be open to selling the Frontier with the camper if someone is interested in both but we are also happy to keep our truck as its probably worth more to us than someone else.

If interested or have any questions, please let us know. 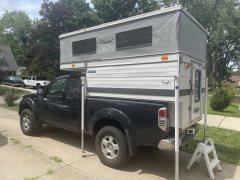 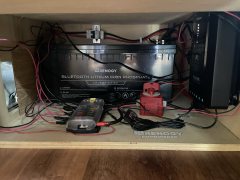 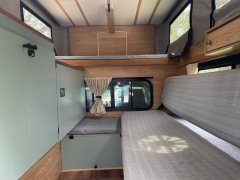 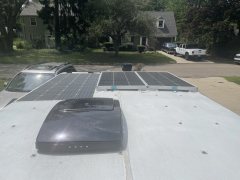 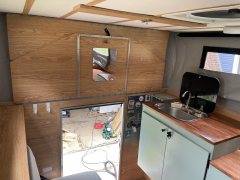 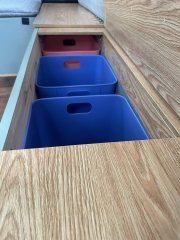 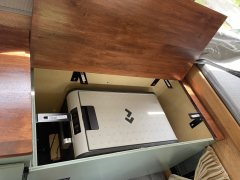 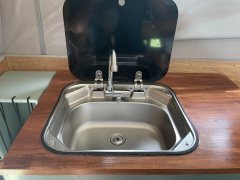 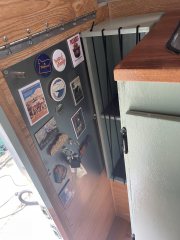 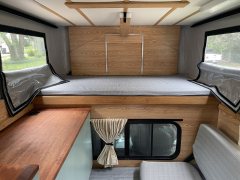 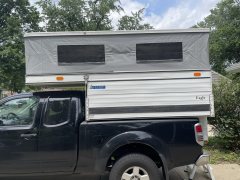 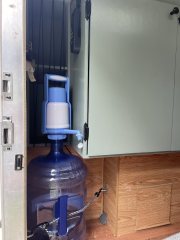 Im located in Akron Ohio but would be willing to work something out if necessary with delivery / meeting.

It is an Eagle which is rare so there is a worthy premium associated with it but I do agree. Its realistically worth $10-12,000.

Also tagged with one or more of these keywords: Eagle, For Sale, Solar